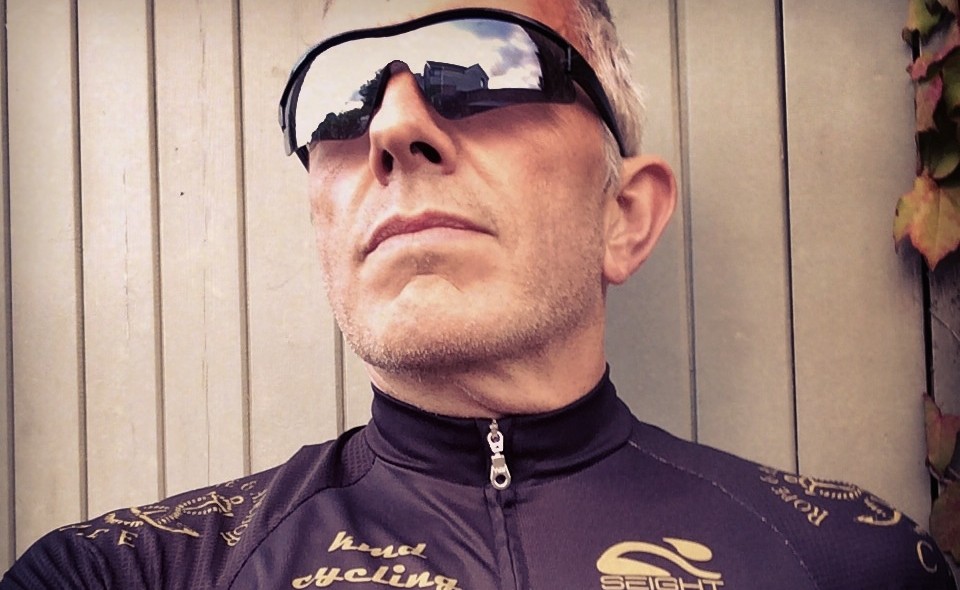 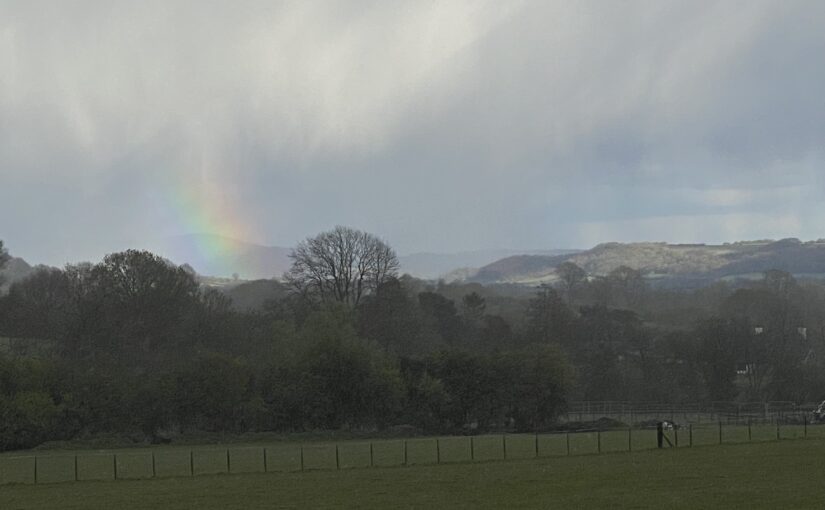 This poem came to me after visiting my mother in her care home with my sister, Joanne. It was our first visit in six months because of Covid restrictions and only the second time we’d seen her in a year. I had originally planned writing about how hand holding is central to human relationships and that holding hands through surgical gloves is wholly inadequate – perhaps surprising given that latex is thinner than a sheet of paper. But it turned out there wasn’t much poetry in PPE 😷 and I was stumped until leafing through Poems of Today, an anthology of poetry I serendipitously discovered later that same day on my mother’s bookshelf. In it I was struck by Midnight Lamentation by Harold Munro and in particular by the last verse:

I cannot reach beyond
Body, to you.
When you or I must go
Down evermore,
There’ll be no more to say
-But a locked door.

The locked door image resonated as a metaphor not just for death but for the death of memory that is dementia. Another book on mum’s shelf (and on mine too) – A Shropshire Lad by A E Housman provided the metre.

Guinness, lager, shandy, coke
(You can go your own way)
Wisecracks, quips and sexist jokes
(Go your own way)
“This chair taken? No feel free!”
(You can call it another lonely day)
“Your shout Dave I need a pee.”

ELO then Squeeze and Bread
(Mr Blue you did it right)
Abba, the Ungrateful Dead
(And then came Mr Night)
“No of course I ain’t been drinkin…”
(Creepin over)
…on his phone to mum while winkin’
(Now his hand is on your shoulder)
Red braces clipped to pinstripe suits
(Mr Blue Sky)
Blokes in work-stained jeans and boots

I scribbled this on a soggy beer mat in a noisy, sweaty north London boozer pre-Covid and have only just rediscovered it. Reminds me of happier times – apart from the ending which, with hindsight, appears prescient. I hope you can “smell” the atmosphere too. 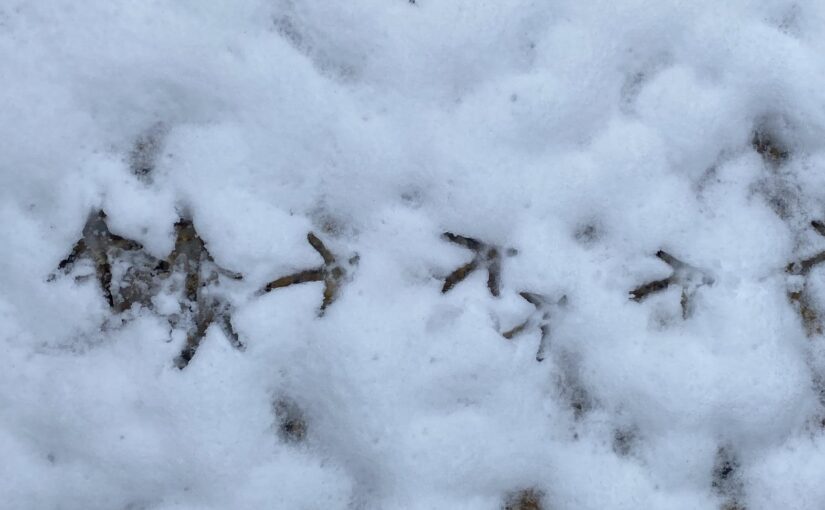 For most of the year the field is like a sheet of writing paper covered with invisible ink. Words indivisible from the page. Blank every morning save for brown-blot molehills. But the overnight snow has rendered the lines for all to see. All at once. An animal track heat map, only cold. Footsteps frozen in time and place.

Much is indecipherable. Unknowable. But some is observable. Or deducible.

The ink is barely dry on the sheep paths. Close up, the freshest, once-trodden tracks are, in fact, two closely-spaced furrows with a distinct ridge in between right and left ploughshare hooves. No such distinction in the oft-trodden lamblines where the front leg dots and hind leg dashes have worn through to the grass beneath. Feint blue becoming bright green.

Other writers have left strings of single letter words and flown. The Y Y Y of bird feet. Serif here. Sans serif there. Upper case. Lower case. Bold buzzard prints. (I know they were left by a buzzard because I saw it fan down from its perch in the snow-shadowed oak – gracious in flight, but grounded, stamping cold feet like an angry child in oversize wellies). Italicised wagtrails. Barely more than scratches on the crusted surface of the snow. Spokes leading to the stock feeder hub. Hay for the sheep. A meagre harvest of flies for the birds who’ve been forced down from their usual haunt on the clay tiles of the barn roof.

By the brook where the flood water has congealed then dropped to leave a glass dance floor, there are the arrowheads of a pheasant. Pointing back from where it came. And ending abruptly. Mid sentence. With a tail-dragging smudge and a silent squawk. Only to start again somewhere else. In another field. The other side of the stream. On another page.

Freed from the conventions of verse form, I find prose poetry easier to compose. So it’s my go-to style. That said I hope this latest piece in the Field series still has poetic qualities in its use of imagery, metaphors and symbols. 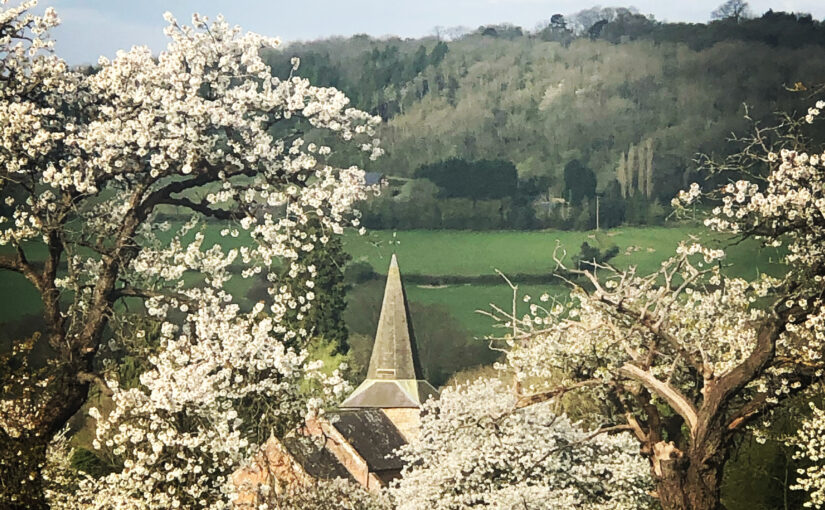 Paper lantern queen
Your subjects crawl on their knees
No sting in the sun.

For me the soundtrack of the first lockdown was the bumblebees feasting on the nectar in the blossom of our cherry trees. It’s a different kind of buzz this time round as we enter winter and a second lockdown – wasps. Drones falling like autumn leaves from their nest in the gable end of the cottage roof. Dazed by the cold. Angry like prize fighters losing their prowess. Drunk on the juice of windfall apples. Lurching not flying. But still capable of delivering a stinging blow. They won’t survive the winter. Their job is done. Only their queen will survive. And even that is not guaranteed. 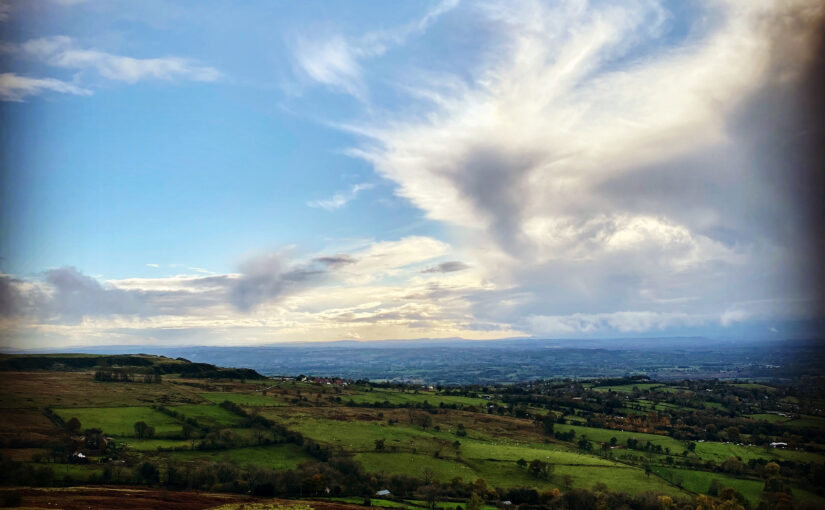 I love the easy discipline of Haiku. Just three lines: the first of five syllables; the second of seven; and the third back to five. It’s the sort of poetry you can write anywhere anytime you have a few moments to spare. And I often find that the images the words conjure up (if not the words and lines themselves) lead to bigger works – weeks, months or even years later.

You didn’t like people making a fuss of you. So you weren’t a big fan of Mother’s Day.

Before it all became what you disdainfully called Americanised, I do remember me and my sister bringing you breakfast in bed. Dad was in on the annual conspiracy and I’m sure you knew what was happening from the clatter in the kitchen. But you always feigned surprise when Joanne carried in the tray and I, her younger brother, theatrically threw open the curtains to let the morning shine on Kellogg’s Cornflakes, a boiled egg and toast (which left crumbs on the sheet we could feel through our pajamas when we were allowed to snuggle up next to you). Thank you for your indulgent smile that morning and every morning.

You still have it. Dementia may be emptying your mind. But it’s not draining your face. I’m picturing it now. It’s your gift to me this day (because mothers everywhere give far more than they can ever receive). 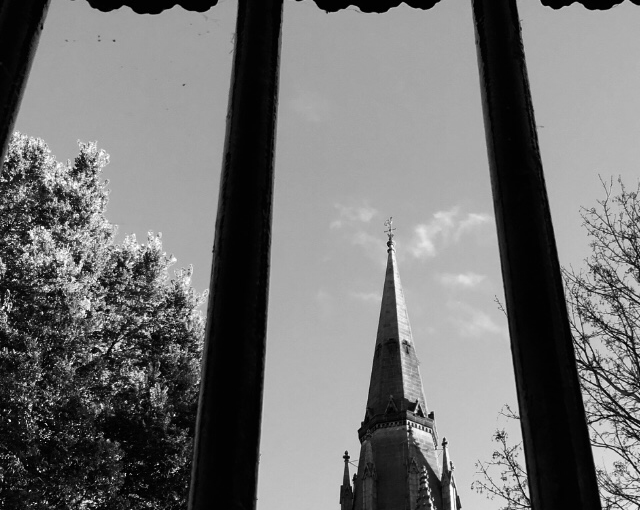 He didn’t have anywhere in particular to go. No time to be anywhere in particular. So he walked. Walked past the chain stores in the centre of town. Past the charity shops in the gaps. Past the empty shops on the outskirts. For rent. For sale. For nothing. And on. And on. On into the suburbs. Past neat gardens. Past overgrown gardens. Out. On. Past open curtains. Past windows framing flicker blue screens. Daytime television. The curl of a cat on a sofa. A dog by slippered feet. Outwards. Onwards. To where the city hadn’t yet ended but where the countryside hadn’t yet begun. Field. House. House field. Cows and cars. Not just cows. His pace slowed. His heart stilled. Granite gave way to green. He glanced back. And shivered. 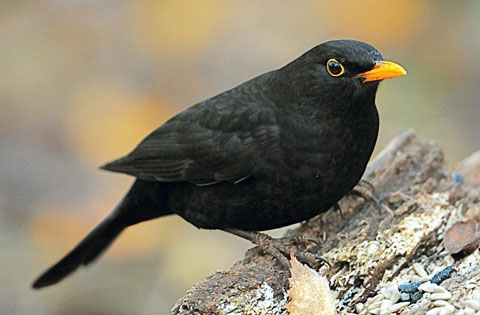 I’m woken by the Dawn Chorus. Not yet the full orchestra. A solitary blackbird playing oboe (chirping is too unrefined a word for it) from the uppermost branch of the wind-stooped apple tree and the dot-dot-dot-dash-dash refrain of a wood pigeon playing Morse code in the rhythm section where the telephone wire arcs up to meet the pole: that tar-barked tree which a bar later reverberates to the staccato beat of a woodpecker tapping up breakfast or test drilling for a new housing development.

I’m up now. Watching as well as listening. A cock pheasant is picking his way across the silvery field like a cross-dressing party goer in high heels. Not wanting to get his feet wet and weaving a snail trail across the dew. All burgundy and wine bottle green with neck curved up and tail curved down. A tipsy tightrope walker turned through 90 degrees.

The hen bird is dowdy by comparison. Brown but not mousey. Making her way up the hedgeline from the stream with an arthiritic strut. More Max Wall than Max Factor.

They’re on a collision course these birds of a feather. Choreographed perhaps? (It’s not just the sap that’s rising). A dance set to music. But if it is, he doesn’t know the moves and she rises entrechat* in a crescendo of ruffled pride. Her alarm muffled like an overwound clockwork toy heard through a blanket. And for a moment the chorus is quietened.

*Entrechat (pronounced: ahn-truh-shah’) is a ballet term which means to jump in the air from two feet – beat the legs together in the air, land either on one or two feet.

I’m sitting face to the sun like a Spring flower listening to the sounds of south Shropshire. A wedge of cold air – a thin blue arrow at the horizon and as tall as the stratosphere itself above my head –  has lifted the rain clouds that earlier varnished the already sodden ground with wet snow: tears for the end of winter. Each thread unpicked from the aural rope that anchors me to this spot…

The bleat of sheep.
The breeze stirring the sky-scratching twigs of the black-tipped ash.
The clap of the pigeon’s wings.
The laughter of the raven.

I lose count with the premature hoot of an owl woken from its roost perhaps by the gust of wind that’s dizzied the weathervane and spun the blue sky black.

Winter, for now, has returned. And the sound-deadening snow – more flakes than tears this time round – has ravelled the notes back into one soft symphony.