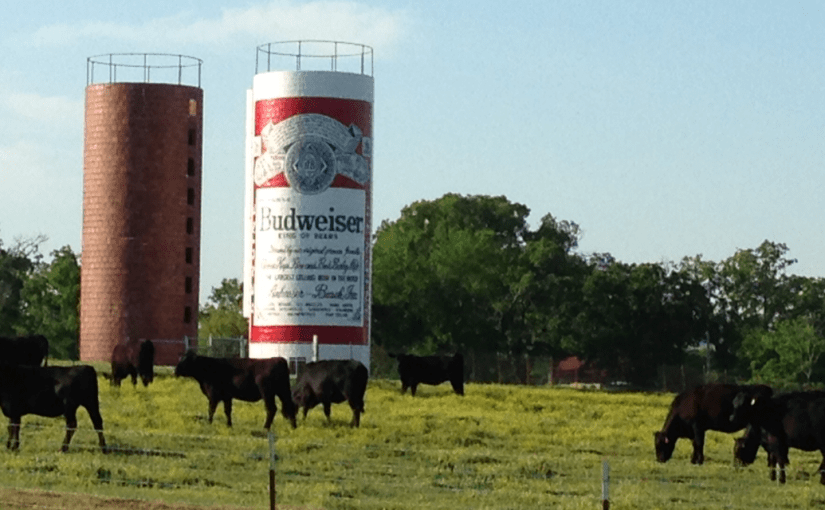 Today was mostly about dogs. Bloody great slavering hounds. Alsatians. Pitbulls. Mongrels…All of them with sharp teeth and bad attitude. The ones that were chained up were almost amusing. They’d come bounding towards us at full tilt and then get yanked to a halt so quickly they’d do a triple salco with toe loop and land in an undignified heap of yelps and saliva. The ones that weren’t chained up were not at all amusing. One hid in the long grass of the verge and pounced as we passed. Another – a grey pitbull with shoulders as wide as the Arkansas River – we saw from a long way off but had an amazing turn of speed for 120 pounds of muscle on four short legs. Rose wasn’t going to hang around to make it’s acquaintance. In just three revolutions of her pedals she’d overtaken Jim the mechanic with a turn of speed that would have left Victoria Pendleton in her wake. Only down side was she swerved instinctively as the cur homed in on her haunches and out from the shoulder into the carriageway. Fortunately there was nothing coming. Apparently there’s worse to come in the next state where every other property has an unleashed yard dog drooling for a slice of bike pant. Not so Sweet Home Alabama.

Talking of swerving Randy and Monique were almost sideswiped by a car that ran a stop sign and careered from a side road on their right slap bang into their path. I was two lengths back and saw it all. Boy it was close. Randy’s bike handling skills kept him safe with a swerve that Beckham would have been proud of. Best not dwell on what could have been…

On the whole the drivers we share the road with have been polite and given us a wide berth. One or two have hurled abuse (I’ve no idea why) and a few others have passed by uncomfortably close.  We should, of course, be more worried about 40 tons of semi trailer hurtling by just three feet away but somehow the sight and sound of a dog closing in on you is more frightening. It’s a primeval fear that makes the hackles stand up on your neck. Just like the dogs.