We shall cycle on the beaches…

From beyond the grave the Iron Lady gives a stirring performance for the Ride for Willen. 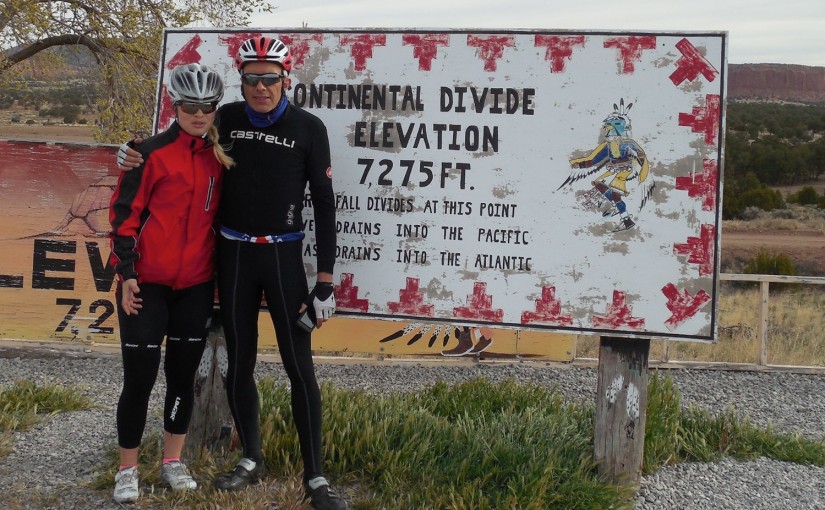 A funny kind of feeling on arrival here in Albuquerque. Elation that the first seven days of riding are behind us and that the first rest day is ahead of us. Sadness that we were unable to ride the whole way from Gallup to Albuquerque. We had to be trucked the first few miles past some shoulder on Interstate 40 that was unrideable because of it’s poor state of repair. And we missed two sections – both compulsory, one in the middle of the day and one at the end – because violent crosswinds made riding too dangerous. The purist in me is niggled. The pragmatist in me says it was a good call to abandon the ride for the day before the weather worsened. And now, from the comfort of our hotel room, it’s fair to say it’s blowing a hooley outside and no sane cyclist should be out on the roads or they’d end up like the poor old rattlesnake in the picture above.

Sadness also that a couple of riders are leaving us here having signed up to do only part of the trip. It’s amazing how quickly “family” ties develop on the road forged in the crucible of physical and mental exertion. Thanks for the ride guys and safe trips home.