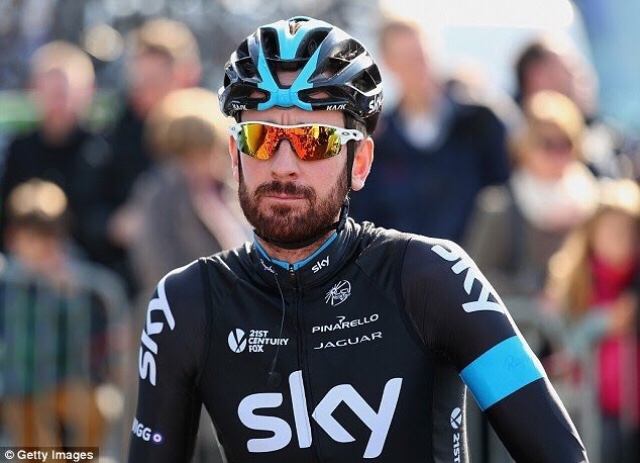 Like many MAMILS (middle aged men in Lycra) you are the reason I got back into cycling forty something years after hopping off my Raleigh Chopper when I gave up my paper round as a 16 year old. I loved your lamb chop sideburns. I loved your Northern deadpan. I loved your taste in music. But most of all I loved the fact that a seemingly ordinary bloke could be extraordinary. It gave this not-terribly-sporty ordinary bloke, who got picked last and then reluctantly by the captains in a game of playground footy, something to believe in. You could call it a bromance. My wife did. There are three of us in this marriage she said, only half jokingly before buying me some eye-wateringly expensive Team Sky kit and a Wiggins Number 1 tee shirt for Christmas. That’s true love for you.

So I’ve had your name bobbing up and down on my buttocks for the last four years. As mobile billboards go I’m the first to admit it’s not been the most striking advertisement but all the same I want my money back plus interest (or rather Mrs Uridge does). Seriously. They were sold to us under false pretences. Plus the logo wasn’t terribly durable.

But there’s another altogether more valuable contract that you’ve broken if the DCMS select committe report is accurate: the notion that just about anything’s achievable with the application of hard work, dedication and attention to detail. You encouraged me (and countless thousands others) to believe in that approach. I applied it when I cycled 3,000 miles across America in three weeks. I applied it when I cycled in your Tour de France tyre tracks over the Alps from Paris to Nice. I’ve applied it for the last three years trying (in vain) to get an age group podium in the Storm the Castle duathlon in my home town of Ludlow. Fifth, I think, is the best I’ve done. And do you know what? I’d rather come fifth for the rest of my life and know that I’ve done my best than come first and know that I’ve done my worst. Because that’s ultimately what crossing an ethical line is: doing your worst not doing your best.

So slink off into the shadows Bradley. I’m sure you won’t miss me. I sure as hell won’t miss you. If you find yourself short of friends I’m sure Lance Armstrong will take your calls.

For what it’s worth I had my suspicions. Bromance, romance. They’re not so different. You get the feeling you’re being cheated on long before the confirmation. But when it comes the evidence you “crossed an ethical line” – or rather the highly suspicious lack of evidence that you didn’t – still sickens you to the core even though you’ve moved on and re-partnered (in my case to that nice Mr Froome).

I’ve just listened to what you’ve said in your defence. I’m not convinced. There’s lipstick on your collar so to speak and you can’t or won’t explain how it got there.

PPS One or two pedants have pointed out that the select committee report doesn’t accuse you directly of cheating – only that your team “crossed an ethical line.” And nor do I. Like I said, part of your appeal is your plain-speaking. I’m sure you’ll understand the difference.